Since the season 2018/19 the young mezzosoprano Luise von Garnier  is an ensemble member of the Badisches Staatstheater Karlsruhe where she portrays  such roles as Sandmännchen (Hänsel and Gretel), Dog (Cunning Little Vixen) and Second Lady (Zauberflöte) among others. In 2017/18 she has been a member of the opera studio in Karlsruhe and sang the roles of Dangeville (Adriana Lecouvreur), Flora (La Traviata), Siegrune (Walküre), Fairy (Midsummernight's Dream) and Sharon Graham (Masterclass). In the previous season she gave her debut as Second Maid  in "Elektra", as well as Voice of the Mother in "The Tales of Hoffmann". Within the next months she will add Marthe Schwerdtlein (Faust) and Margret (Wozzeck) to her repertoire. In april 2019 she had her house and role debut at the State Opera Stuttgart with the Third Secretary to Mao in the acclaimed production of John Adam's "Nixon in China".

She studied with Gabriele Schnaut at the University of Arts in her hometown Berlin and continued her studies at the College of Music Karlsruhe with Ingrid Haubold. She participated in masterclasses with Julia Varady, Brigitte Fassbaender, Christa Ludwig, Teresa Berganza, Peter Schreier, Rudolph Piernay and Hartmut Höll. During her studies she participated in various opera productions and got stage experience with the following roles: Fée Nulle/Lilian Nevermore in Bohuslav Martinu's opera "The Three Wishes", Ottavia in Claudio Monteverdi's "The Coronation of Poppea" and  Marquesa in Herrmann Reutter's "The Bridge of San Luis Rey". In addition she portayed the mother in the children's opera "Der Große Sängerwettstreit der Heidehasen", the Lady-in-waiting in Verdi's "Macbeth" and Brangäne in scenes from "Tristan und Isolde".

Luise von Garnier is a scholarship holder of the Richard-Wagner-Verband Berlin-Brandenburg, was awarded third prize at the international competition Giulio-Perotti in 2015 and additionaly won the prize for the most beautiful mezzosoprano voice. She is  winner of the Singing Competition "Stimmenzauber" in Herxheim and finalist of the National Singing Competition of Germany (Bundeswettbewerb Gesang) 2016, whose jury member she became in 2018. A first engagement brought her 2017 to the Festival "Schlossfestspiele Wernigerode", where she performed the role of Marthe Schwerdtlein in Gounod's "Faust".

Passionately she also performs in Lied recitals and is especially acclaimed for her interpretations of romantic German Kunstlied. With the scenic Lied production "Weisen von Liebe und Tod" at the Badisches Staatstheater she had a huge success.

Luise von Garnier also teaches singing for choir members and private students in Karlsruhe. Outside of the opera world she volunteers for the international cultural exchange, is interested in everything Japanese, loves her cat,nature, hiking and bicycling. Apart from classical music she is enthusiastic about symphonic metal and likes drawing with oil and acrylic colours. 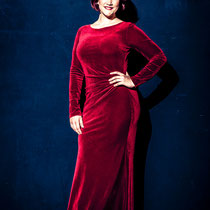 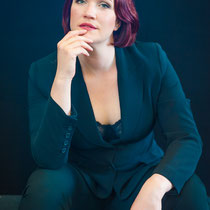 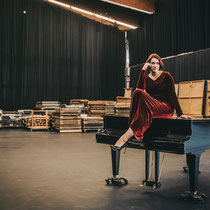 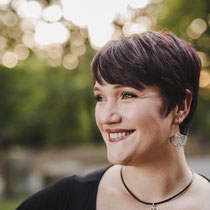 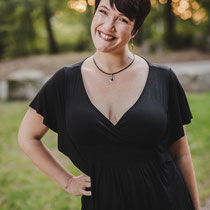 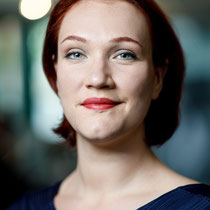 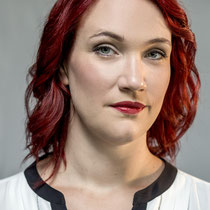 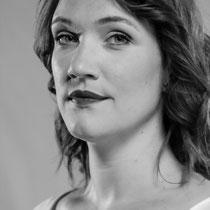 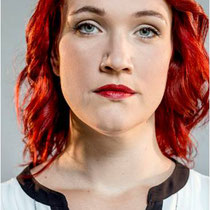 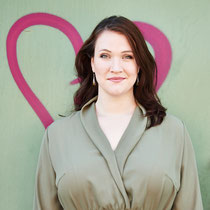 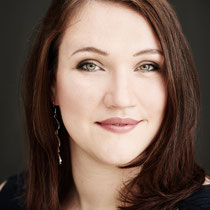 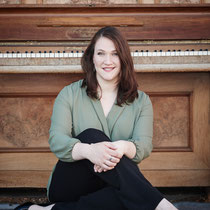 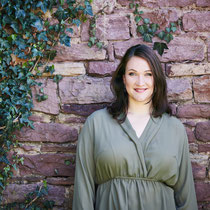 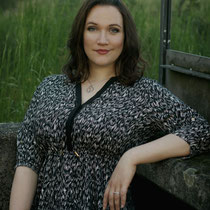 The use of pictures, videos and written material is allowed for press feautures about Luise von Garnier only after agreement through the artist. The photographer is to be named if pictures are published.